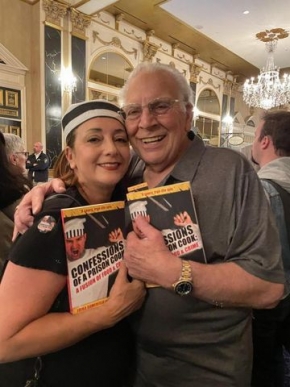 The food, memories, and raw emotion are all authentically recalled by Philip Longo, a first-time, non-violent inmate at Otisville Federal Prison in upstate New York  from 1992 through 2001 where as acted as the inmates’ chef.  Phil was born in 1940 in Brooklyn into a family of five Italian-American children.  He graduated from New York University with a Bachelor of Science in Corporate Finance, attended Fordham Law School and was a Vice President of Manufacturers Hanover Commercial Corporation for a decade.  Longo was owner of the uber-popular Billiard Club in Manhattan in 1988 until his arrest.  Phil began telling his story in 2012 to Hollywood publicist Erika Somerfeld, who created the book’s format that includes recipes, as well food and crime history. 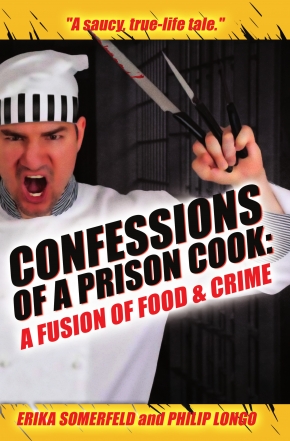