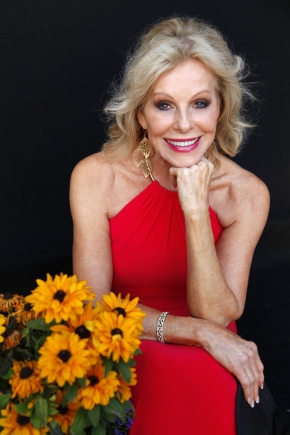 Grace Avalon, author and teacher lived a double life.  Held within her was a deep dark secret of domestic abuse, and a reality-shifting, out-of-body experience of prophetic visions as over thirty years she earned a B.A. in education/psychology, was mother of two, and maintained a highly productive career as a teacher and realtor.

At twenty-two, Grace left her body to be swept into luminous kaleidoscopic light bearing images of places she’d never seen.  Escaping from her abusive life, in joyous laughter she surrendered to the light.  Her husband placed her in a mental hospital—then over several decades the places in her euphoric visions actually came true.  What others perceived as crazy was actually Grace’s awakening to spiritual sight.

“Grace Avalon inspires all of us to trust the wisdom of our hearts.  Here is spirituality in practice.”  Marianne Williamson

Through her inner voice, awakened by her symbolic visions, Grace today dares to trust guidance that led her out of abuse and opened her to a new reality. Grace teaches and offers tools to access this guidance that awaits everyone.

As her visions happen, Grace is convicted that only love is real, it is found through unconditional forgiveness, and realization that life is a dream; furthermore, everything in the dream can be a teaching symbol. She then comes to understand time, and how prophetic visions are possible. Upon discovering A Course in Miracles (a self-study spiritual philosophy) Grace realized that her path out of hell had become a modern-day demonstration of principles she had to share with others.

In her book Thank God I’m Crazy, Grace opens up for the first time. Included are pictures of the places which actually happened in her life as seen in her visions.  Grace Avalon, teacher and counselor, has taught A Course in Miracles for nine years, and gives presentations and workshops for anyone whose known abuse, thought they were crazy, or wants to live a meaningful life. Today Grace happily lives in Southern California with her husband, near her beloved Dana Point—where her spiritual journey was realized. 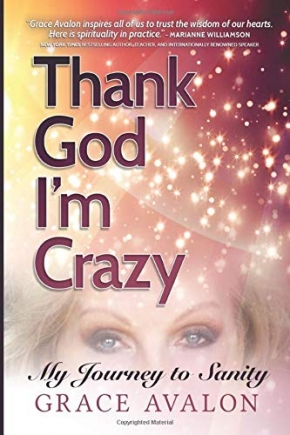