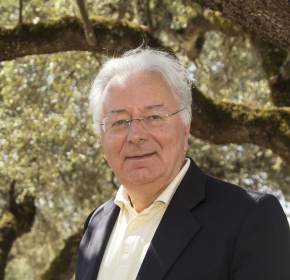 Federico Faggin graduated in physics, summa cum laude, from the University of Padua, Italy, in 1965. He moved to the US in 1968 where he led the development of the MOS Silicon Gate Technology at Fairchild Semiconductor—technology that was adopted worldwide. Working for Intel Corporation from 1970 to 1974, he designed the world’s first microprocessor, the Intel 4004 (1971).  Faggin led many other products, including the 8008 and the 8080 microprocessors. In 1974, Faggin began an entrepreneurial career, co-founding and leading several start-up companies; notably, Zilog, Inc., the developer of the highly acclaimed Z80 microprocessor and Z8 microcontroller; and Synaptics, Inc., the developer of the touchpads and touchscreens now used in nearly all mobile devices.

He founded the Federico and Elvia Faggin Foundation in 2011, a non-profit organization dedicated to the scientific study of consciousness. He is the recipient of many international honors and awards, including the 2009 National Medal of Technology and Innovation from President Barack Obama.