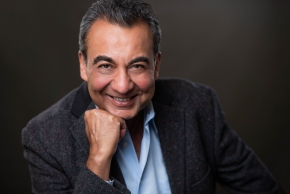 Following the murder of his son in 1995, Azim Khamisa founded the Tariq Khamisa Foundation (TKF.org), which started a subsequent forgiveness movement that has reached millions.

He has received over 80 local, national and international awards amongst which are: In 1997 he received the National Crime Victims Special Community Service Award presented by President Clinton and Attorney General Janet Reno, In 2002, he received Search for Common Ground’s pres­tigious award alongside Desmond Tutu and Ted Koppel In 2004, he participated in the Synthesis Dialogues with His Holiness the Dalai Lama which was hosted by Pope John Paul at his summer palace in Castelgandolfo, Italy and in 2006 he was given the “Spirit of Crazy Horse Award” from the Reclaiming Youth Network alongside Mohammad Ali. In addition, Azim has been the recipient of the California Peace Prize in 2003 and the Pepsi Freedom Heroes Award in 2006. He has received seral other Peacemaker of the Year awards.

Azim has served as TKF’s founder and chairperson for over 24 years. He is an emissary of peace and an international inspirational speaker with over 700 keynotes, including one to 300,000 people at the Lincoln Memorial at the Stand For Children Rally organized by the Children’s Defense Fund, as well as a speech to the United Nations General Assembly at the High level forum on the culture of peace.

Azim serves on the Board in the capacity of Vice Chair for the Institute of Noetic Science (www.noetic.org). IONS was founded 46 years ago by Edgar Mitchell who was the 6th man to walk on the moon and is a leading global institution on researching consciousness.

With a strong passion to share his message with the youth and to inspire nonviolent leaders become proactive as peacebuilders, Azim, in addition, has given over 1,000 presentations to over a million students worldwide. He is a published author of five books: Award-winning Murder to Forgiveness (being made into  a feature film) ; From Forgiveness to Fulfillment, From Fulfillment to Peace and The Secrets of the Bulletproof Spirit: How to bounce back from life’s hardest hits co-authored with Jillian Quinn and published by Random House. His 5th book “Leadership for the greater good – A guide for truth to power champions” recently released in May 2020. He has been featured countless times in local, national and international media. In November 2018, Azim spoke for the TEDWomen conference that has been viewed by over 1 million viewers: go.TED.com/azimandples.

Azim was born in Kenya of Eastern roots and educated in England in mathematics and finance and has over 45 plus experience in international finance. Azim lives in La Jolla, California, and is the proud father of daughter Tasreen and grandfather of Shahin, Khalil and Miya. 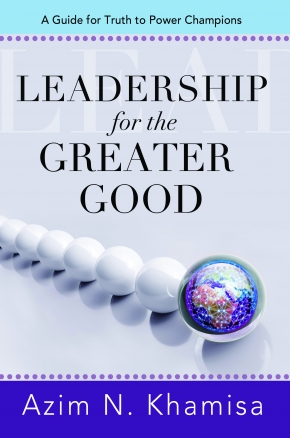